I've done some nature-y storytimes the past couple weeks (Spring, birds, etc.) so I chose to celebrate Earth Day in storytime by reading about the solar system in which our Earth exists.

The storytime was pretty identical to the one I did last year, so here is a quick summary. 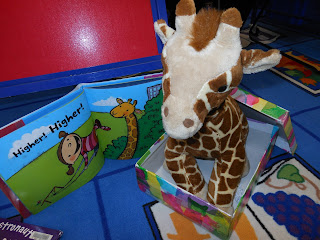 Astronaut PiggyWiggy by Christyan Fox. PiggyWiggy dreams of being an astronaut, visiting space, and maybe even befriending some aliens.

How to Catch a Star by Oliver Jeffers. Eager to have a star of his own, a boy devises ways of catching one.

I asked the kids if they thought that they could reach high enough to catch a star and while most kids were saying, "No," a couple of kids stood up and reached and they indeed did catch a star!  Once the kids realized we were dropping stars into reaching hands, they all reached for one.

The stars were punched out of thick gold scrapbooking card stock. 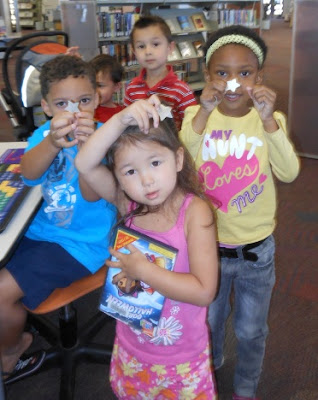 Higher! Higher! by Leslie Patricelli. This book only contains a few words (higher, hi, high five, bye, again), but I love it because it fosters the imagination and it's a book the pre-schoolers can READ  with me. 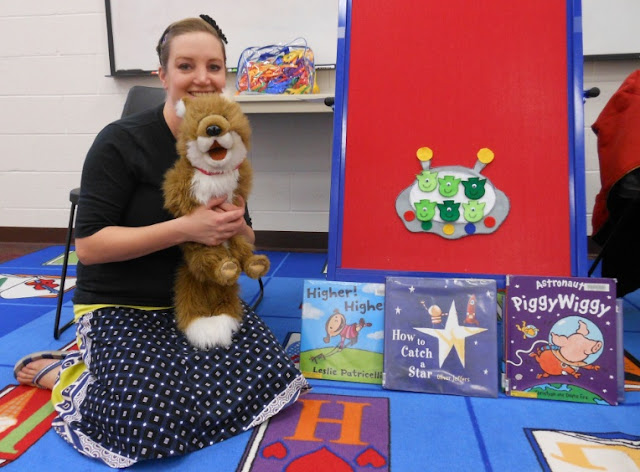 Movement:
Trip into space with ribbons
We pretended we got our space gear on, blasted off, saw planets and waved to aliens, floated on the moon, did our best space dance, and then descended back to earth while I played "First Kid in Outer Space" 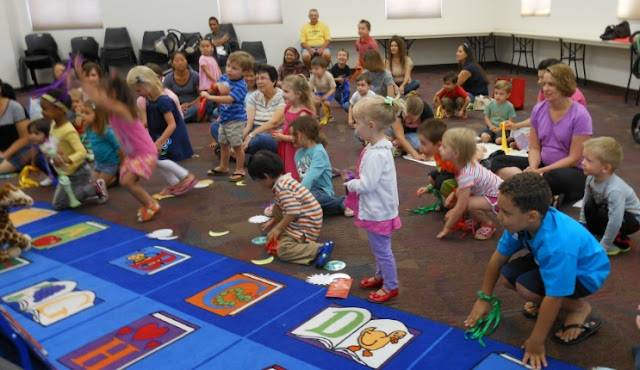 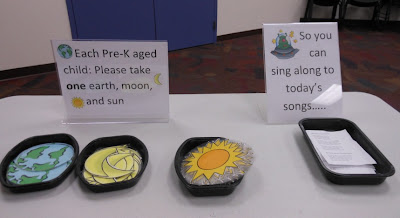 Letter of the Day:  Letter match 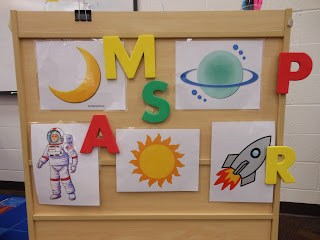