Today was super fun!  There were so many new kiddos and everyone had the most awesome storytime etiquette I've ever seen.  Please come back!  =)

Today we read about outer space and the astronauts that visit.  I had one more book planned because I knew storytime might run a little short (which it did by about 3 minutes), but I didn't want to push my luck by reading it and have the kids get antsy.

Books:
Astronaut PiggyWiggy by Chistyan Fox.  PiggyWiggy daydreams about being an astronaut and visiting space.  This book introduced some words that were new for some kids, but some kids really impressed me today and already knew many of them.  Astronaut, launch, rocket ship, telescope, alien 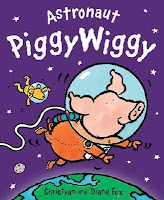 Higher! Higher! by Leslie Patricelli.  In this colorful book with very little text, a little girl wants her dad to push her higher and higher on the swing.  The giraffe from the memory box was in this book. 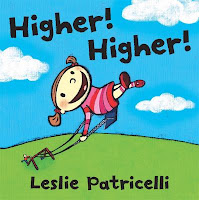 I Want to be an Astronaut by Byron Barton.  I really like this author's bold, clear illustrations for storytimes.  This was the book I didn't read today, but had planned on it.  A young child thinks about what it would be like to go on a space mission.

We went into outer space using some dance ribbons using the song "First Kid in Outer Space" by the Not-Its!  With a lot of kid imagination, we dressed as astronauts, counted down to blast off, flew around space, saw planets and aliens, landed on the moon, moved in slow motion, did our best space dance, and then counted down back to earth.