National Talk Like a Pirate Day was on September 19, but pirates are so fun (and fascinating) that we couldn't just celebrate for one Day at Perry!

Here is a display I put with signs encouraging kids to come to the desk to get some pirate treasure.  I love the positive early library experiences that result from this kind of interaction with staff.  Jennifer and Lesley put up a fantastic display of library materials about pirates that circulated very well! 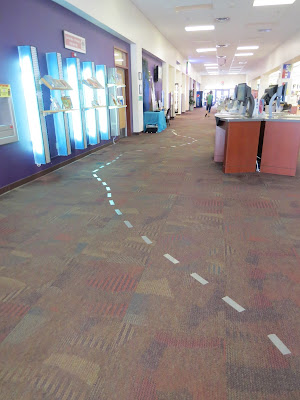 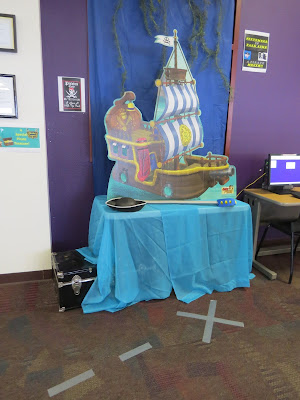 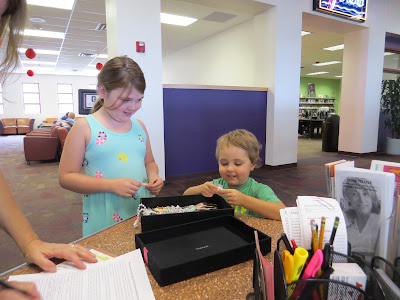 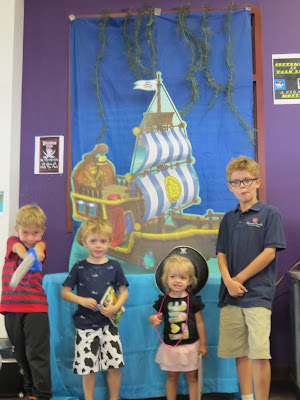 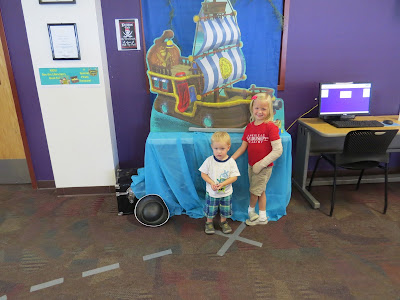 Okay... I could NOT have pulled this off without the help of Jennifer and six extremely enthusiastic and crazy fun teen volunteers.

Discussion:  We introduced ourselves and then started with a discussion about what the kids already knew about pirates and I shared some facts from  the books Pirate Treasure and  Famous Pirates, both by Rosalyn Tucker.

Pirate Talk: Since my pirate accent sounds a whole lot like a bad Irish accent, the teens were more than eager to shine here!  Complete with gravely voices, growls, scowls, and gestures, the kids learned some lingo (and shared some of their own).

"The Princess Pat":  This is one of my favorites!!  "Capt'n Rachel" and I led the group in this call-and-response chant.  The kids were really into it!  You can watch a YouTube video here. 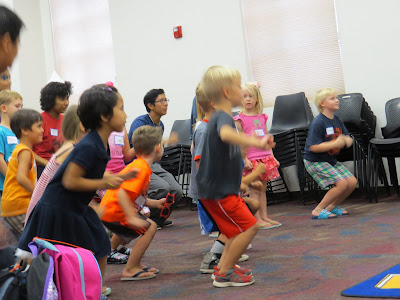 "Roll Up the Map":  I know Jake and the Neverland Pirates is geared towards younger kids, but the actions in this song are fun and get really tricky.  The kids didn't respond with as much enthusiasm as we did, but I think it had a lot to do with what I call the "Electronic Media Factor".... it's like the kids freeze and can't look away from the screen.

The Pirate Girl's Treasure: An Origami Adventure by Peyton Leung: A pirate girl receives a letter and a map and has adventures.  An origami activity accompanies the text. 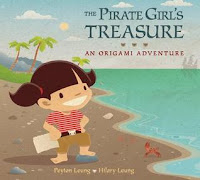 As I read the book, Carlie folded the origami like a pro.  The kids were captivated. 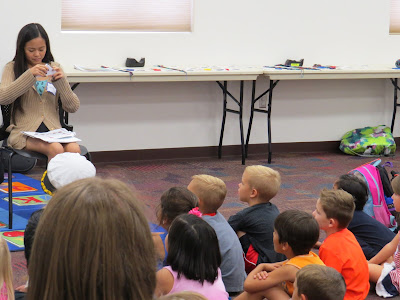 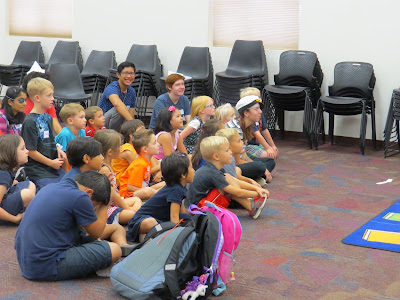 Pirates Love Underpants by Claire Freedman:  All her "Underpants" books are hilarious!  Jennifer brought even more hilarity to it with her pirate accent! 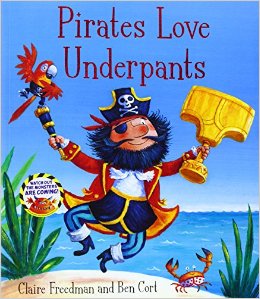 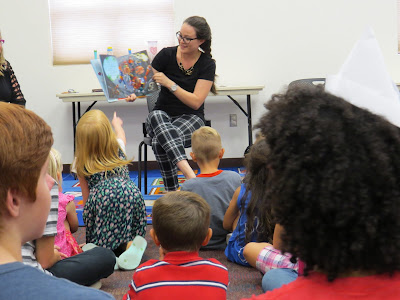 Here are some activities to accompany this book from scholastic.

Craft: We made eye patches using this printable template 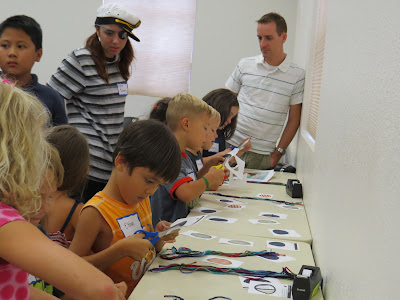 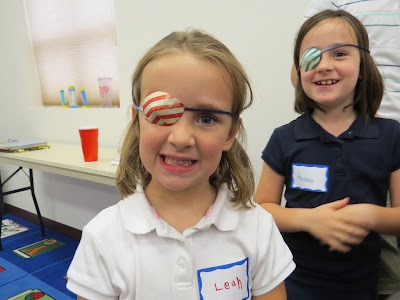 Activity:  Using children's hangers as hooks, the kids rounded up "Capt'n Maverick"'s treasure.  As a reward, "Capt'n Maverick" rewarded his pirate crew with one treasure each to take home. 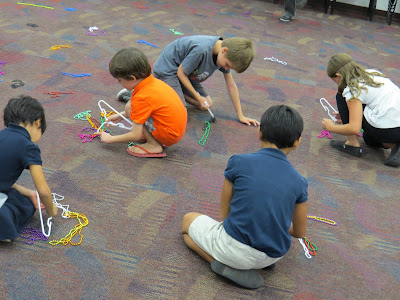 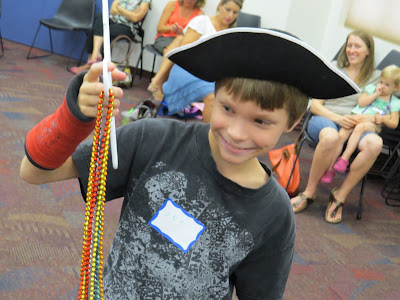 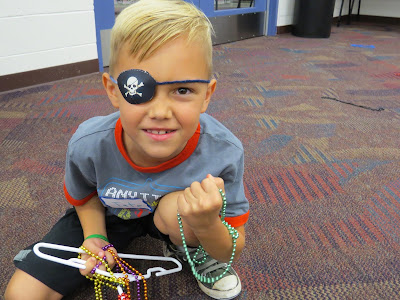 Arrrrrr!  Til next year, mateys!