It is finally cold enough to do a soup storytime in Arizona.  I even hear it will be 36 degrees tonight.  Hmmm I wonder how many families will brave the "cold" and come to evening Family Storytime this evening.... 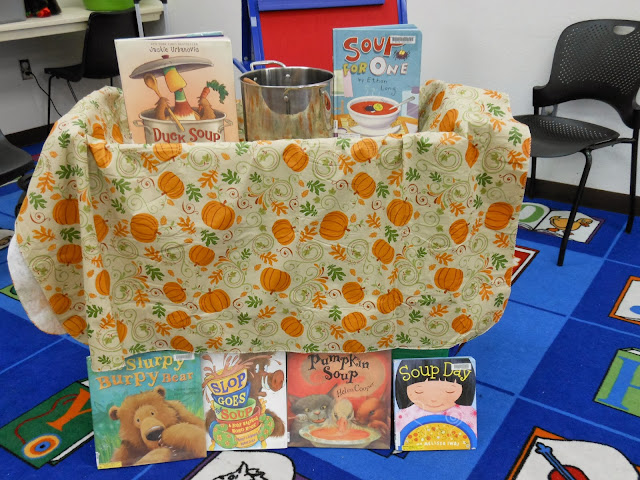 Duck Soup by Jackie Urbanovic.  Maxwell Duck is perfecting his own soup recipe and goes into his garden to pick some herbs.  When his friends find a feather in the soup (really a bay leaf), they fear he has fallen in. 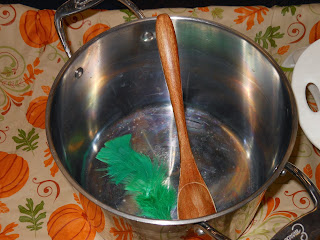 While I read, my co-worker played the parts of the various animals including Max spicing up his soup and his friends' rescue methods. 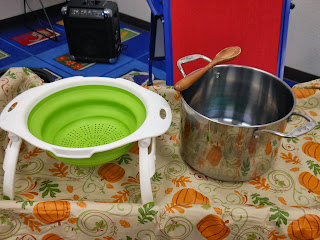 Soup for One by Ethan Long.   A little fly who anticipates enjoying a big bowl of soup is unexpectedly joined by 9 other bugs.


I used a punch bowl stuffed with red butcher paper to bring this book to life. These little bugs are left over Summer Reading Prizes.  My enterprising Librarian self loves holding onto goodies like these because I always find a fun way to use them in programs. 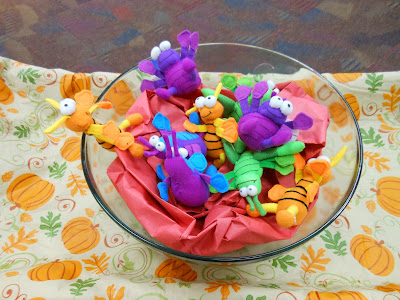 As the bugs exit the soup (on account of the lizard), my co-worker tossed them humorously up in the air behind her!  Finally a spider (puppet) swoops in for the last few drops of soup. 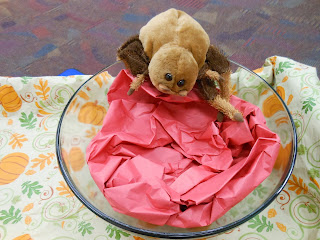 Storytiming does a cute flannel version of this book.

Letter(s) of the Day: 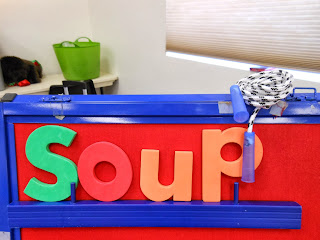 We used jump ropes (also old leftover SRP prizes) to spell out the letters S, O, U, P.  Honestly, it was a bit too crazy with 45 kids and I should have used my common sense and abandoned the activity.  Oh well. 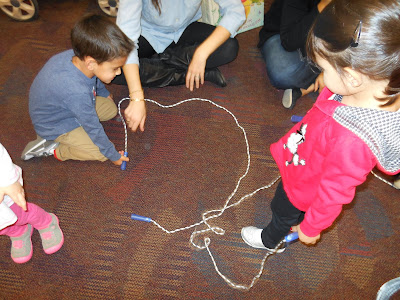 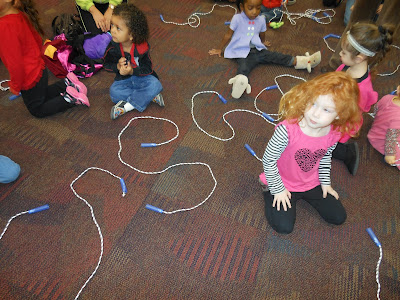 Look at this clever cutie! 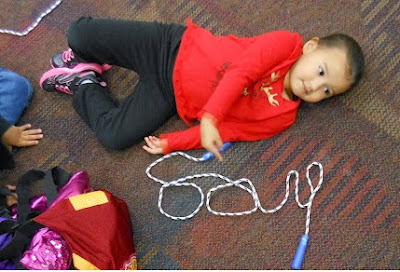 Music:  "I Feel Crazy so I Jump in the Soup" by Laurie Berkner
Listen here

We made round soup bowls with the jump ropes to sing this song: 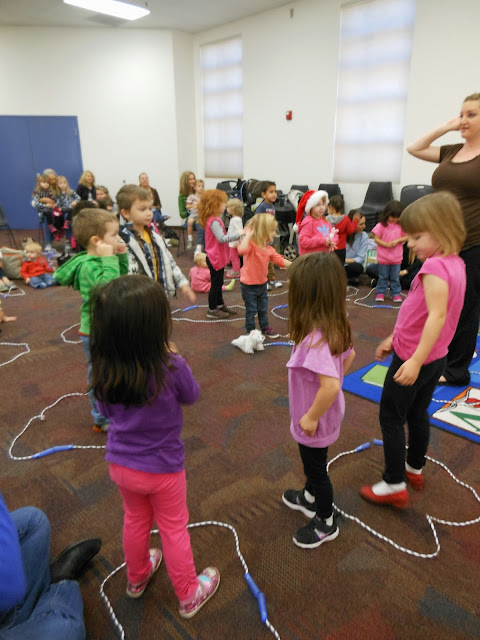 Sitting in their soup and ready for another story: 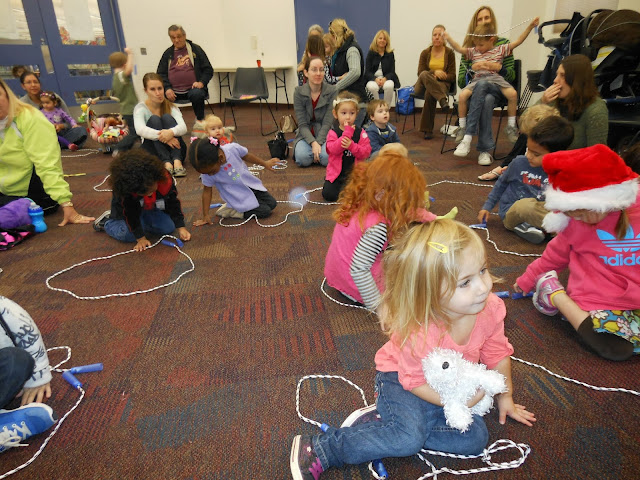 I added some veggies to our soup as we sang the rhyme the few times.


I let the evening Family Storytime kiddos toss letter beanbags into the soup to make alphabet soup.  This group was much smaller and manageable.  It would NOT have worked in the morning group. 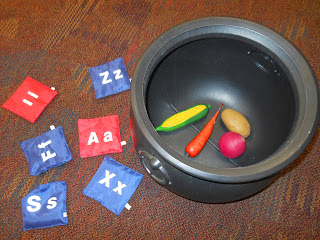 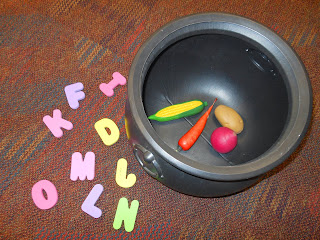 Miss Erica (my fabulously awesome co-worker) dressed as a Campbell's soup can: 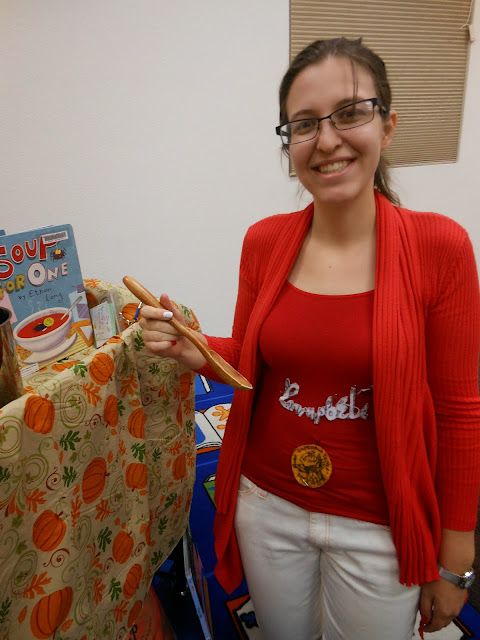 Hippopotamus Soup
Chicken Soup with Rice - Do you remember this book for your childhood??!