We don't limit attendance at Pre-K and it's quickly becoming a very full group.  We had 42 children, 6 siblings, and 27 adults.  I've never done a worm theme today, so today was super fun!

We have a bookworm friend that joins us for stories each week, but he was especially excited to come out this week when we said his rhyme. 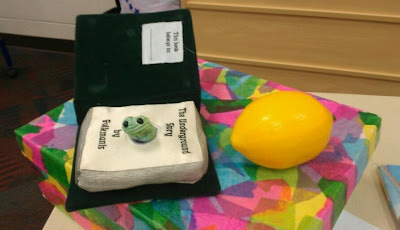 Books: Ned's New Home by Kevin Tseng.  A worm tries out a variety of new homes when the apple he has been living in starts to rot.  This accompanied our flannel awesomely! 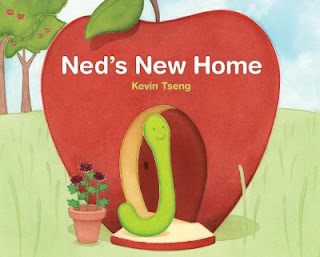 Worms for Lunch by Leonid Gore.  Die-cut illustrations allow various creatures to describe what they like to each.  Whew, the worm gets away. 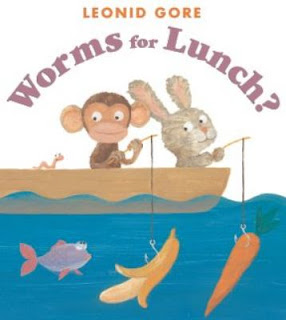 Music:  We pretended scarves were worms and they waltzed all over as we listened to "Walter the Waltzing Worm"

Finger Play:
Pretend you have five worms on one hand.  They are in a box (your other hand) because they lost all their wiggles.

Here are some worms who are, oh, so sad.
They've lost all the wiggles that they once had.
They wonder if you, just for today
would lend them your wiggles so they can play.

Little worm playing hide and seek
Are you under the _______? 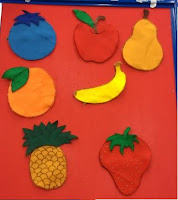 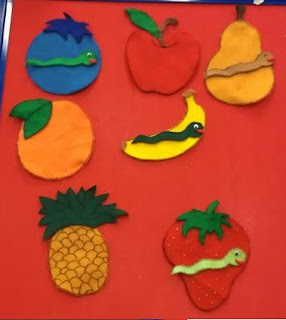 Craft:  This would be fun too if you used a paper cup instead and your child's finger as the "worm", but I used the craft supplies we had on hand.  These dancing worms were a pretty big hit. 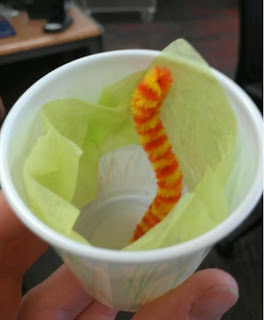 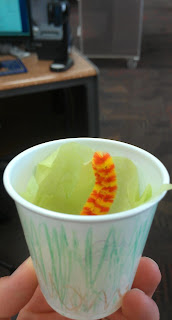 1.Color the outside of the cup with crayons to make dirt and grass

3.Put pipe cleaner through the hole in the cup

4.Move your worm up and down!